The shop is firm for its strong and decisive character and for the clear characterization of its various areas. The front entrance view opens into a central path with focus on a multimedia tree, the hub of the store. On the sides of the path, two specular and complementary spaces stand out for their vitaminic color appearance.

These spaces are characterized by two prismatic totems colored green and fuchsia; objects that become, at the same time, totems for internal communication and fitting rooms for young customers. Collected in the same and visible from the entrance, there are impressive video-walls composed of sixteen screens, which can act independently or compose a single large image. These totems almost seem to breach the ceiling and invade the same with their dynamic and colorful presence, resulting strongly impacting on a deliberately urban scene.

The store is divided into three main areas, intended for the public according to the two sexes and two age groups; in these areas there are some micro-corners for the four brands. From the architectural point of view and interior design, the Concept is characterized by the dynamism given by bright colors and irregular shapes, very appealing and designed for the specific target. 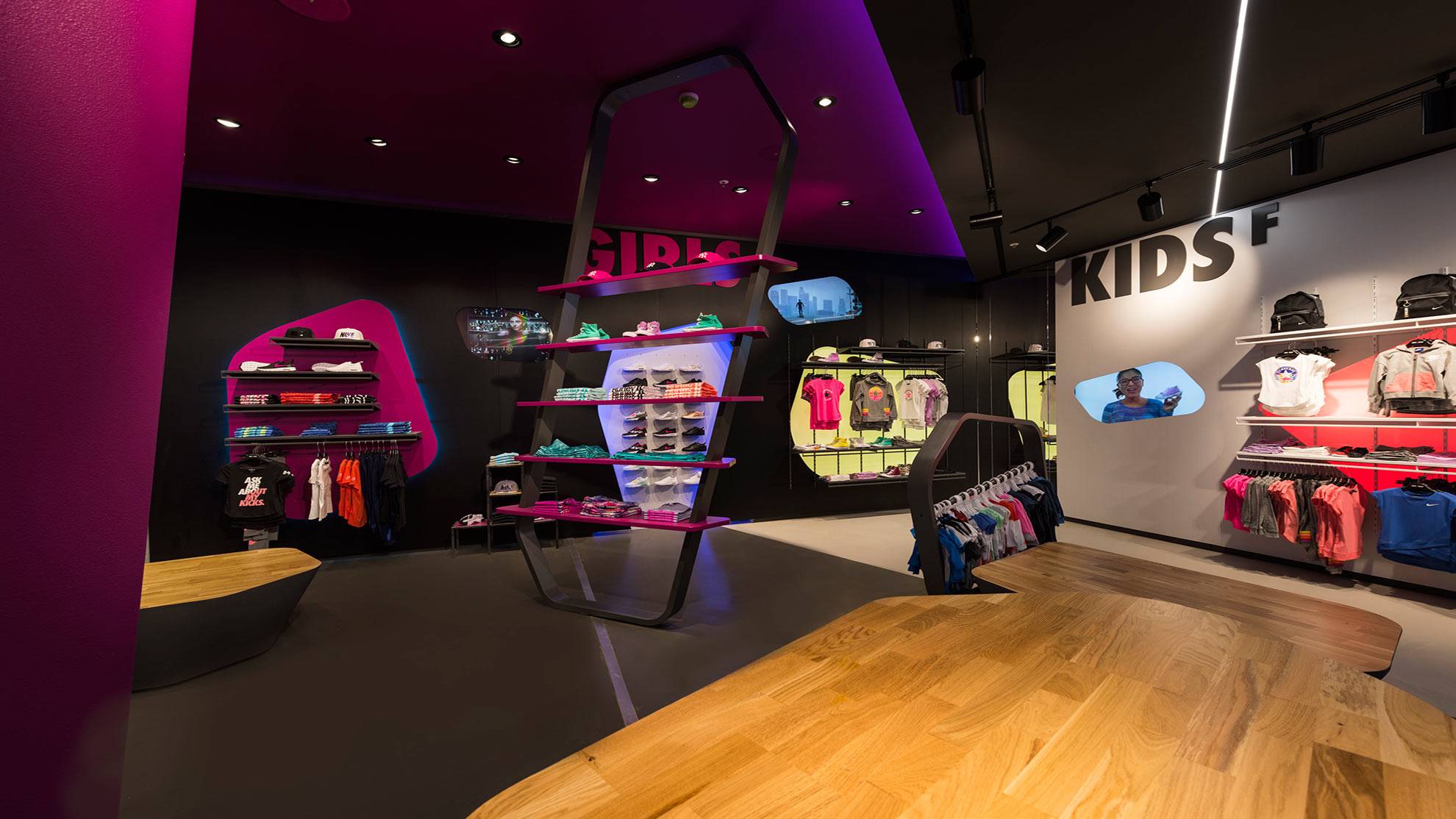 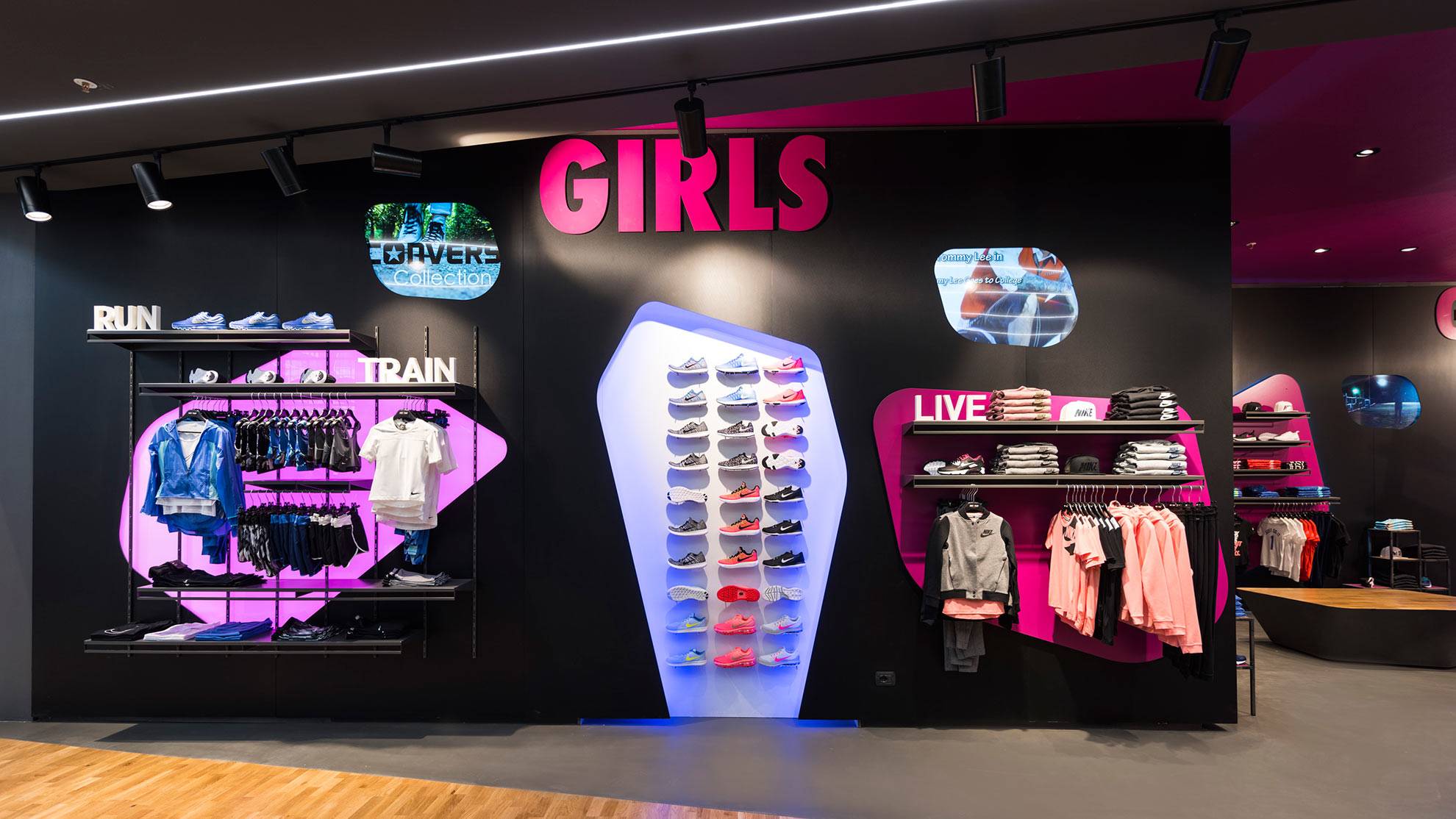 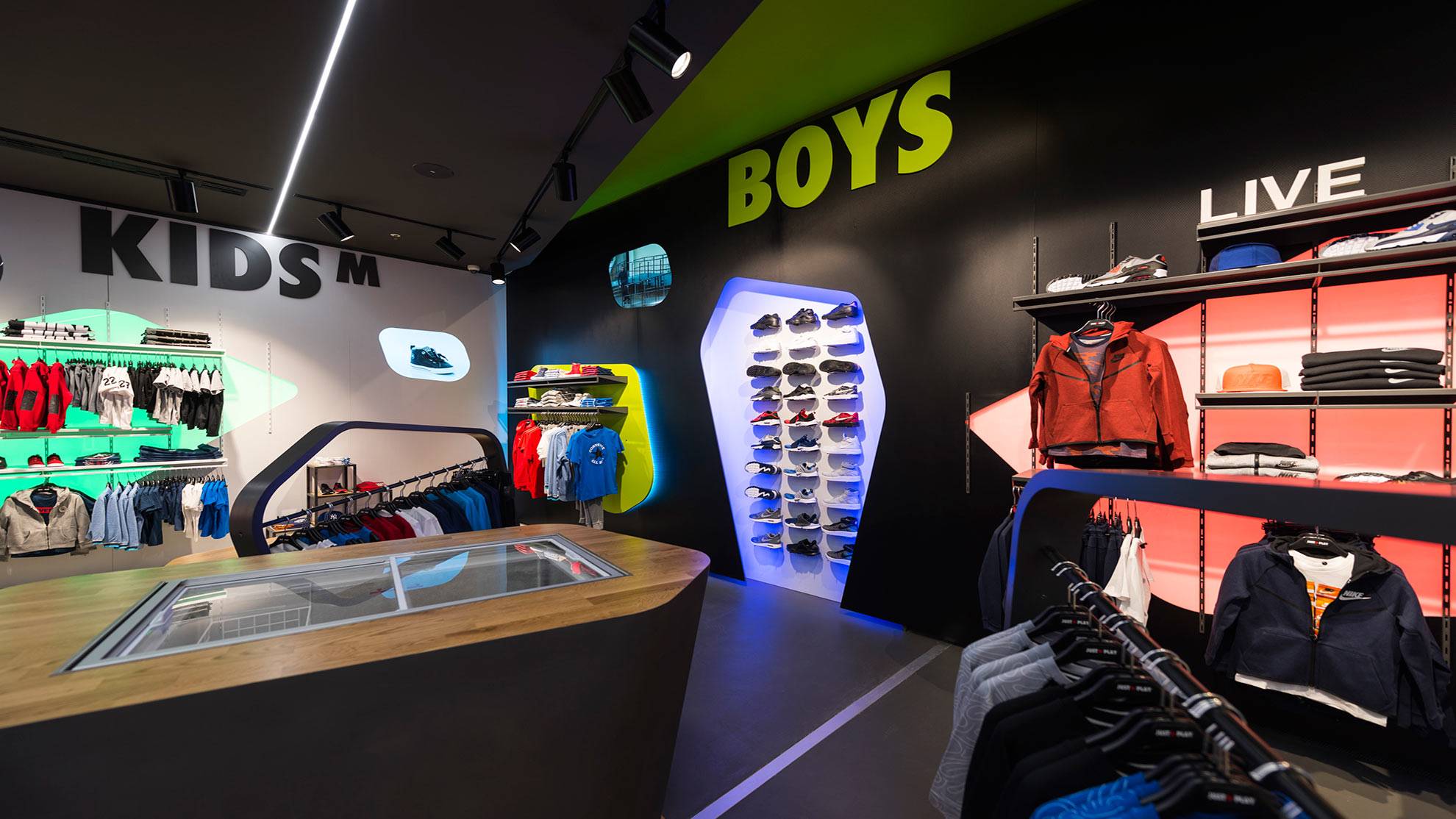 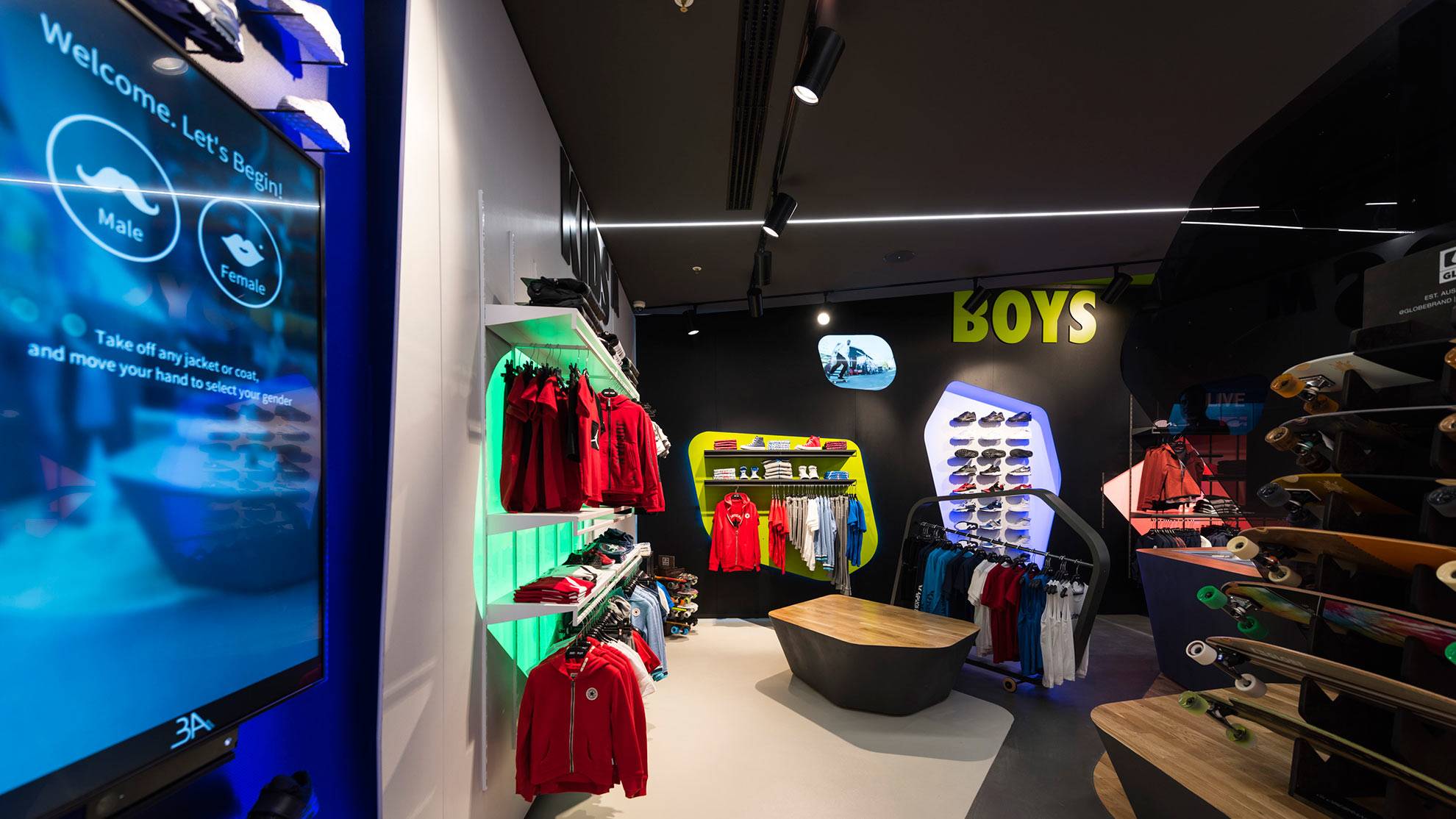 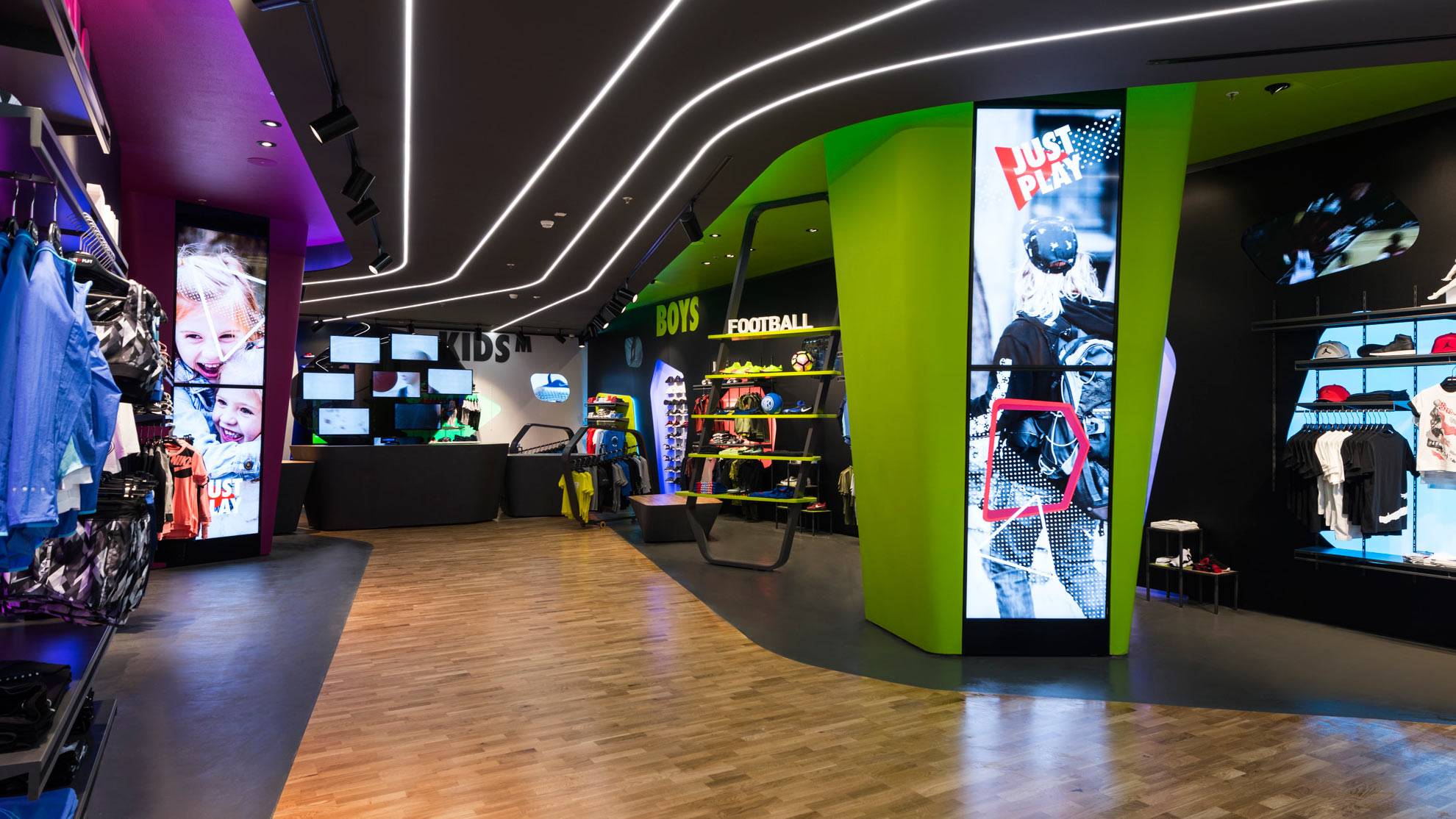 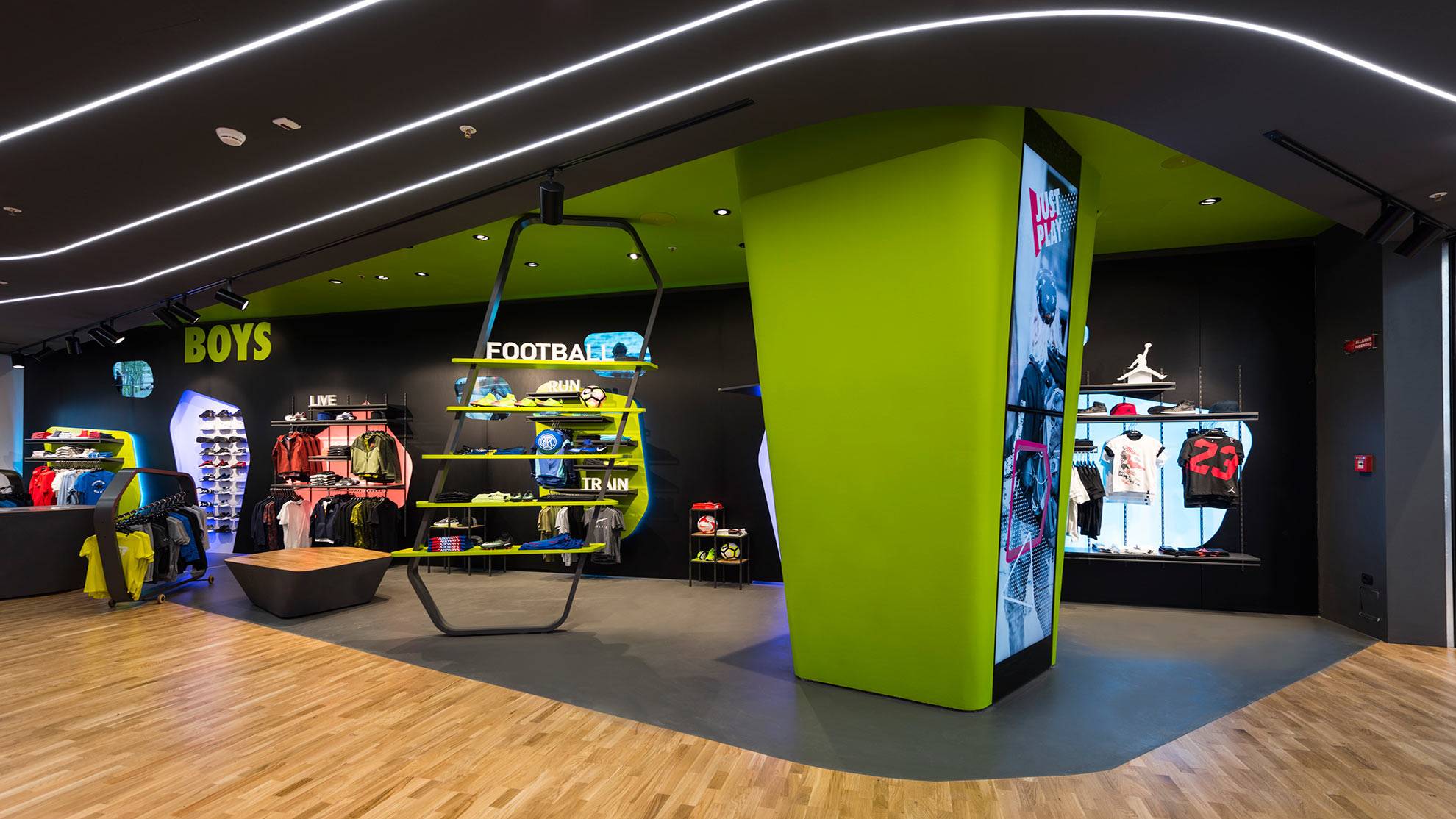