Formentin hotel is an elegant building located in the historic center of Abano Terme, the most important and ancient thermal area in Europe, located halfway between the cities of Verona and Venice.

The Hotel Formentin was founded in 1911 using a thermal well with a powerful jet of water, which still flows on the surface at 87°C delivering about 300 liters of water per minute.

Throughout its history, the hotel has been renovated several times. Today, for the renewal of the spa, arranged on three floors, one of which is double-height, the Property relies on Studio Apostoli, with the explicit request to create an innovative and surprising new concept.

Apostoli took inspiration from the Aurora Borealis and the icebergs of the northern seas to make a warm and welcoming environment, obtaining, thanks to this contrast, a particular and unusual effect.

The northern lights were created thanks to the use of a fabric that integrates optical fibers; while all the structures that recreate the icebergs are created based on a design by Studio Apostoli and made of Sintered Expanded Polystyrene covered with resin. 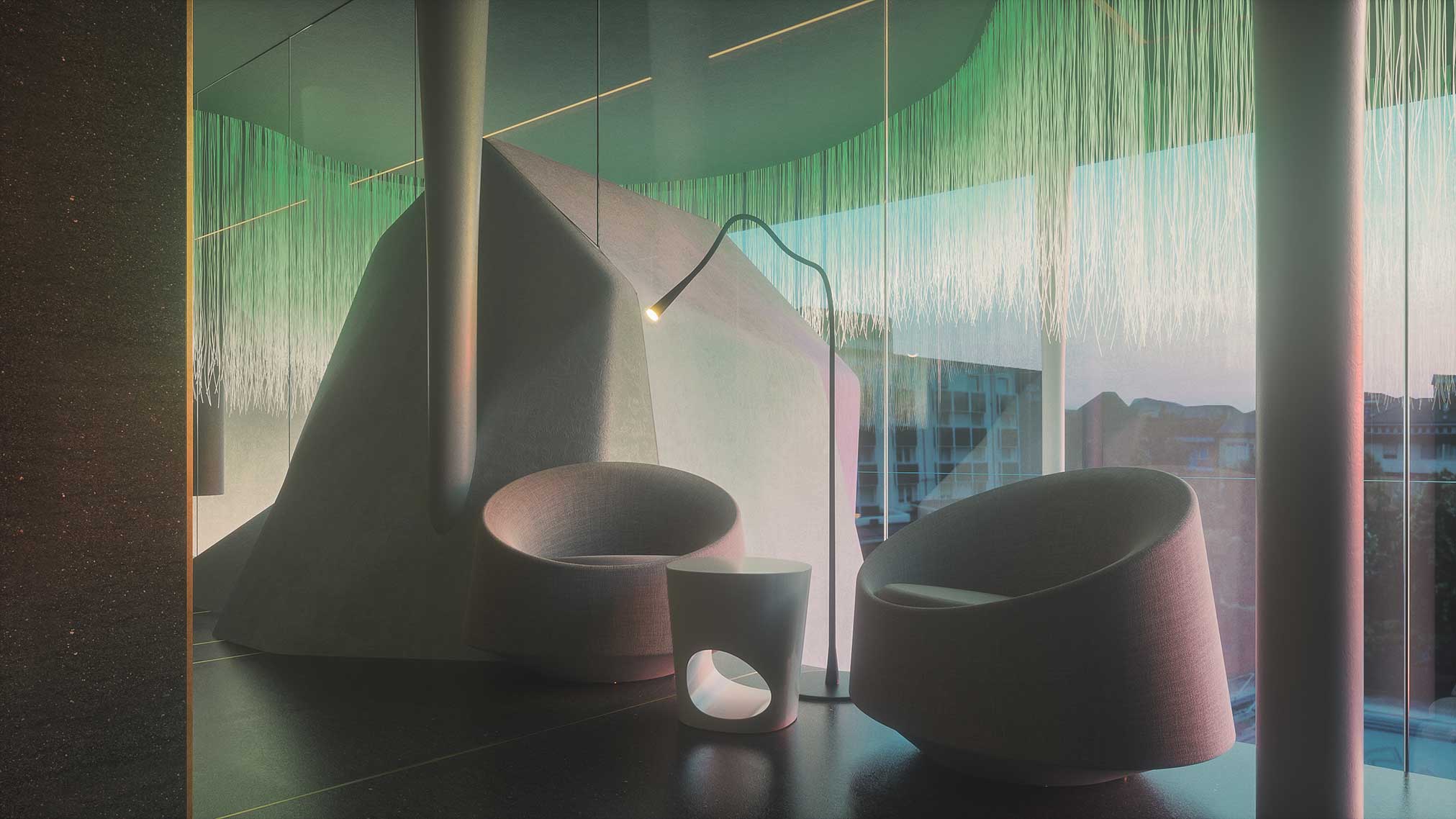 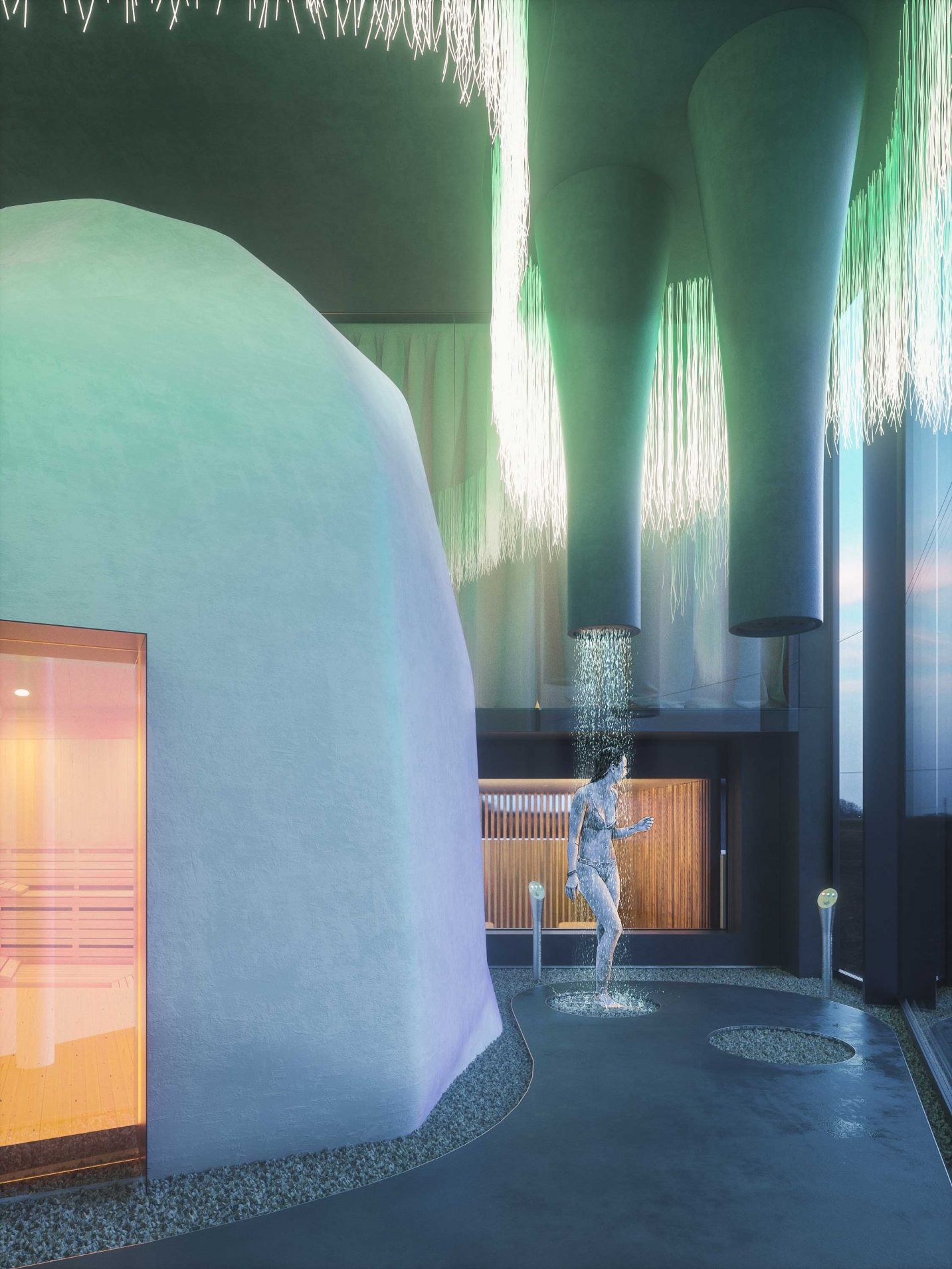 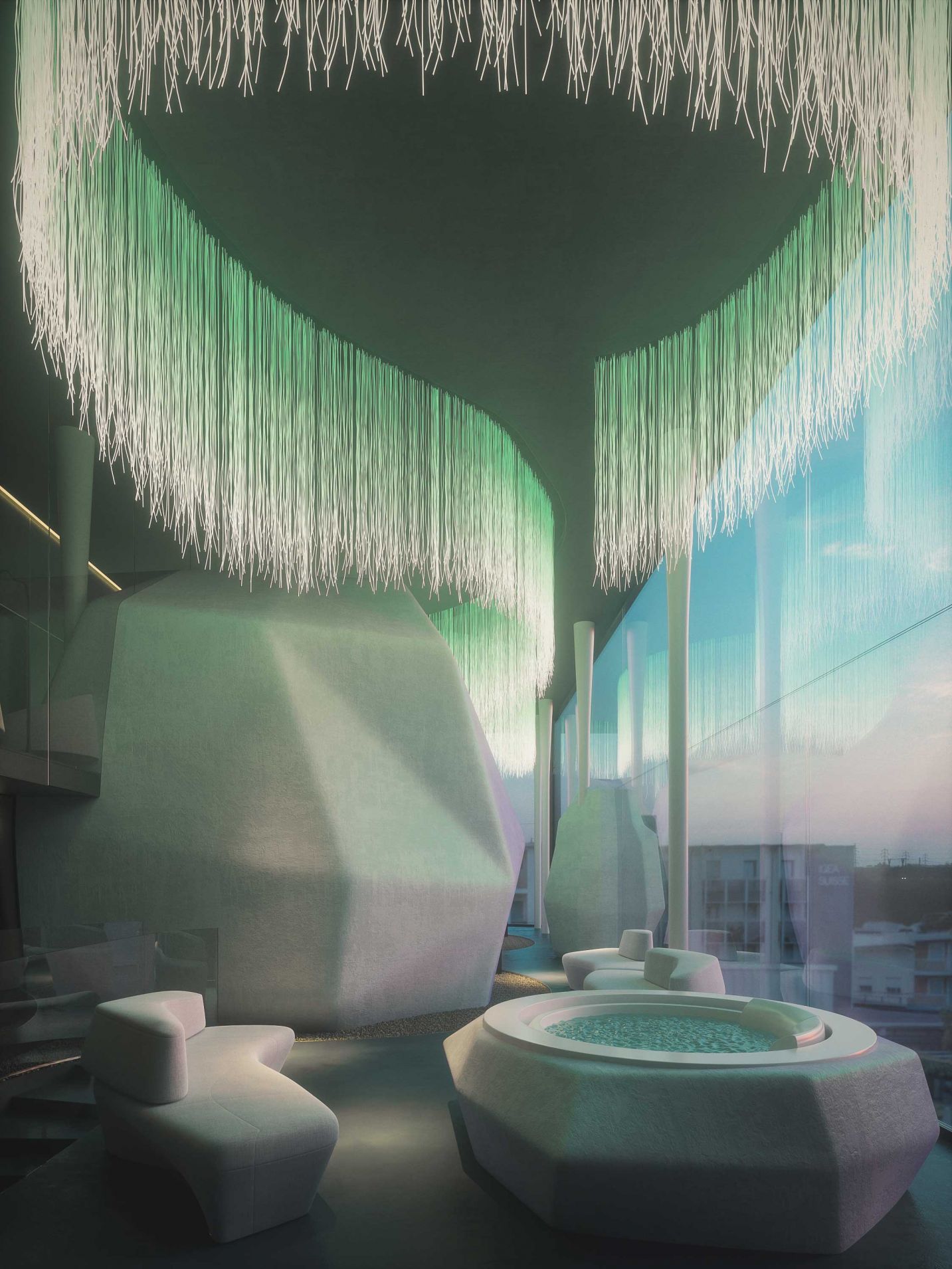 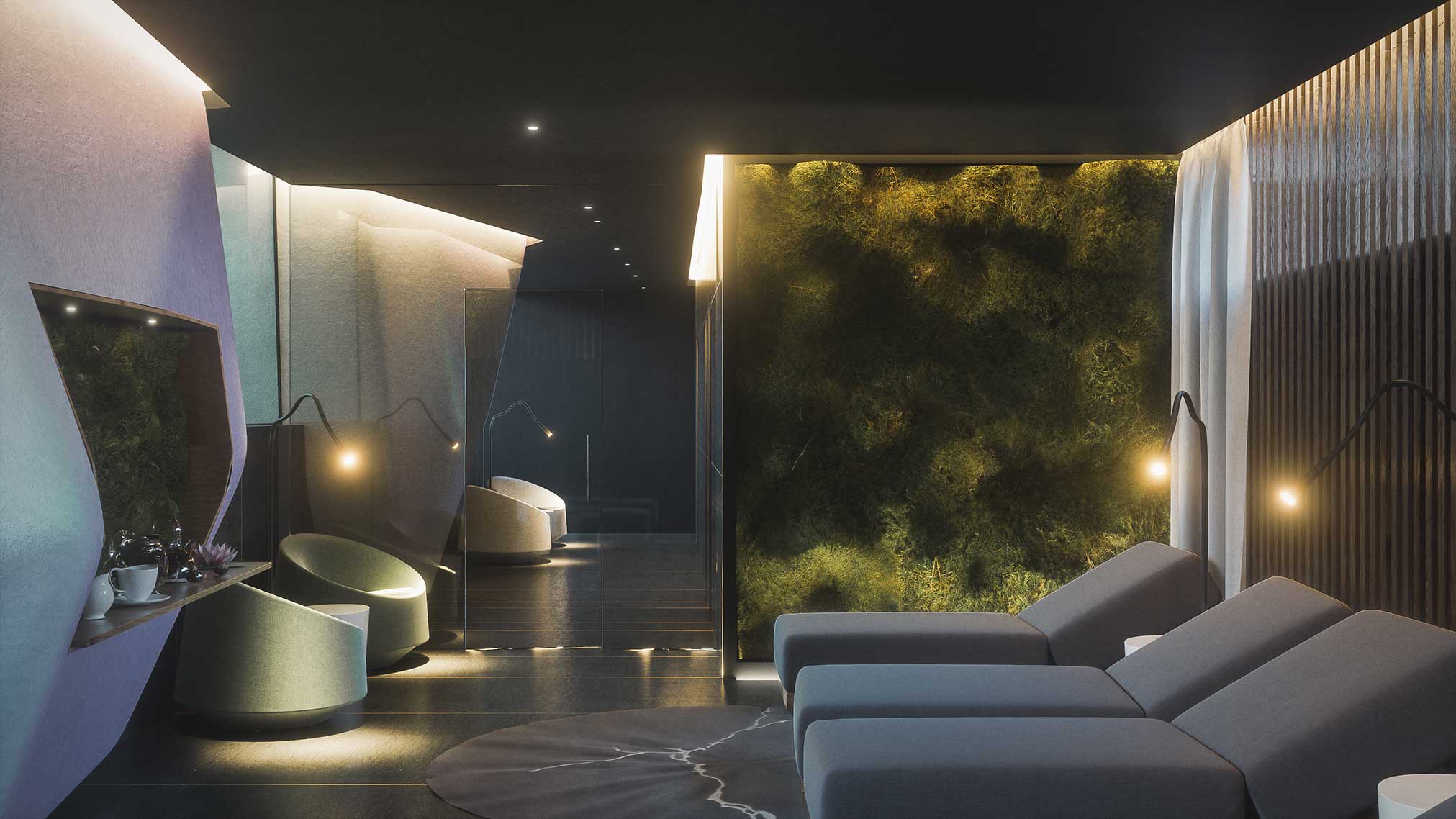