The project starts from a building renovation from the ’60s that was partially destroyed by the terrible earthquake that seriously damaged the old town of L’Aquila (the heart of Italy) in 2009. This building is the first redevelopment in a block of four buildings, with completion expected in the next three years. The building is insulated on all four sides; it has no real front façade, but rather, is a small tower in which all sides are identical and of equal importance. The facades have been designed and materialized through small geometric protrusions that are deliberately mismatched using complementary colors and openings formed by projecting intrados.

The protrusions were realized through diverse external cladding thicknesses with particular attention to the finish. The intrados, externally bordered in polished steel, contain the windows made in oak; some intrados also contains light fittings for the “wall washer” effect. The geometric and refined flow of the volumes creates, during the various hours of the day, slight variations in appearance which gives an unexpected dynamism to the building.

The building has undergone a complete renovation involving the structure being adapted to meet the current seismic code (NTC 2008). This was possible by reinforcing the horizontal (through duly armed anchored insoles), the beams, and the nodes of the structural elements with carbon fibers and epoxy resins, which have been glued directly onto the structure, and prior treatment of recovery of damaged surfaces. Therefore, as a result, the building has also increased performance requirements and now complies with the regulations. 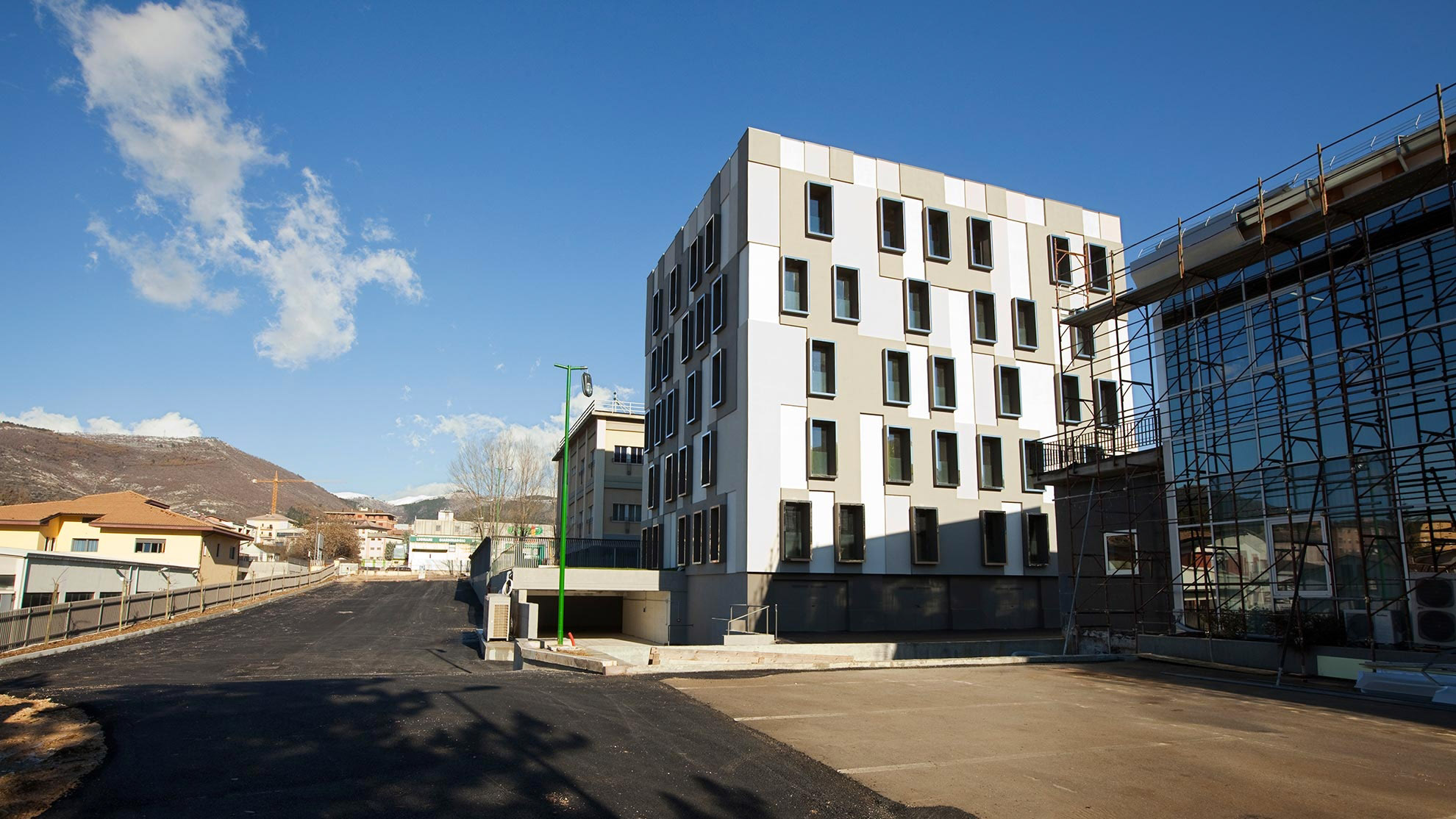 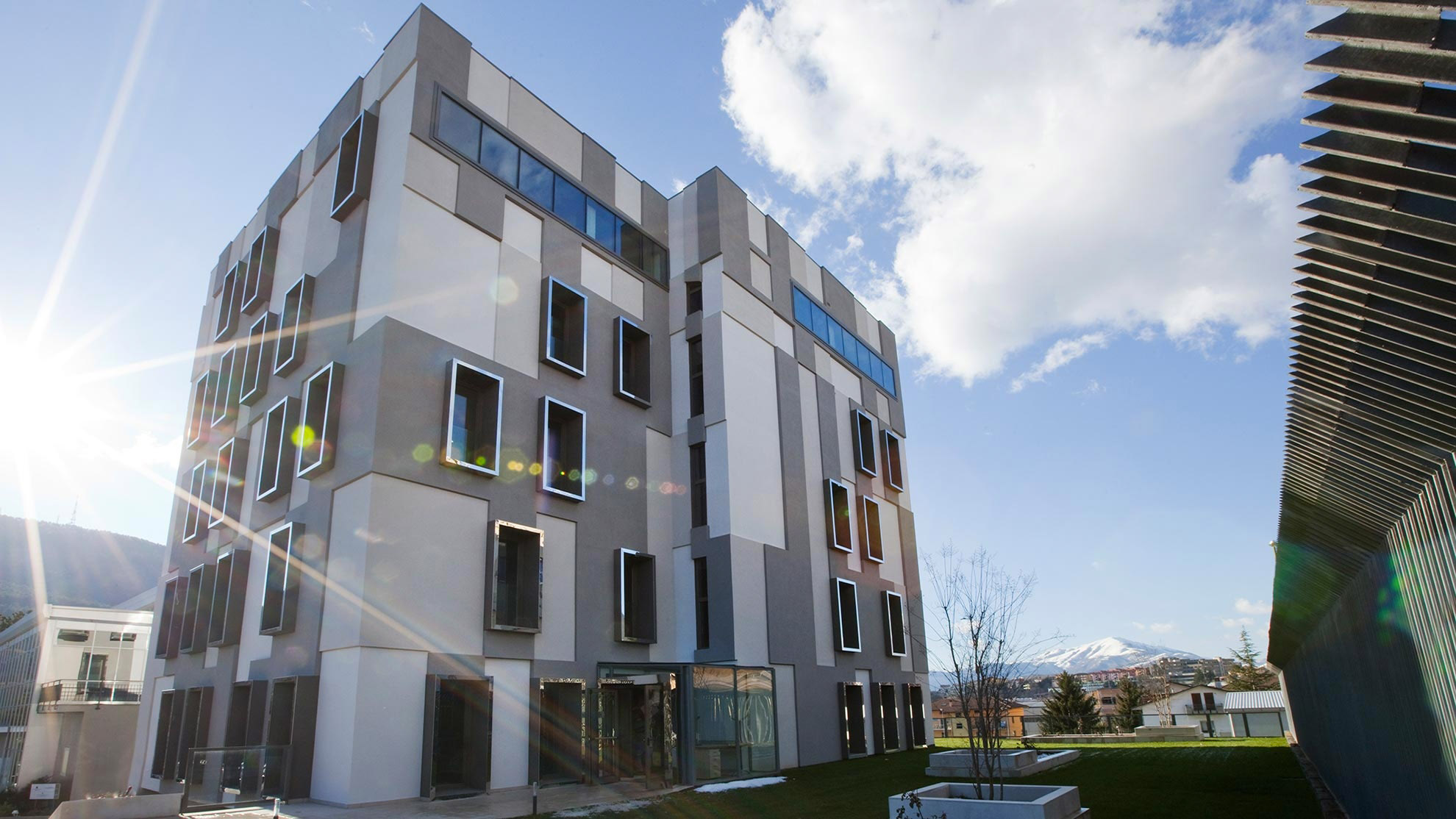